Never Leave Money on the Table: Get a Lower Mortgage Rate in Canada
Learn More

We respect your inbox. We only send interesting and relevant emails.

What made you decide to get into real estate? I was one year into working a “real job”; the type you study hard and go to University for when I re...

We're sorry we're behind on getting you last week's Sudbury market wrap up...but HERE IT IS! Welcome back to your weekly dose of Selling the Rock!

This pandemic has forced a lot of people to rethink their lifestyle and what their definition is of a fulfilling life. It seems like every day we are hearing another big company tell us that they are shutting the job structure where it isn’t an expectation that people will work at a cubicle 9-5 jobs until they retire. The shift towards remote working as well as people placing more of an emphasis on quality of life continues to be one of the reasons Sudbury has been such an attractive market place; especially for people making the move up North.

David predicted a few weeks ago that the market place would be slowing and shifting to a buyers market. But the numbers continue to prove me wrong. My conversations with clients give the impressions that a surge of listings is coming to the market; which would be great for buyers, that teamed up with some of the lowest # of sales this week may show the market is cooling. But ultimately, the # of deals (when we factor in pending sales) as well as the number of multiple offers shows the market isn’t ready to cool just yet.

Now for the numbers this week; sales hit one of the lowest numbers we’ve seen in a few months, but again it’s still more than the number of listings when we factor in the conditional sales.

The increase in sales actually reverses the trend we saw for the last 3 weeks of decreasing sales. It's still a far cry from the 75 sales we saw the first week of July, but my prediction was that sales were going to continue to slow down, and that didn’t happen this week.

David believes multiple offers will be a lagging indicator to a shift in the marketplace, but it is interesting to note that the number of multiple offers this week (as a percentage) was actually the highest it’s been in the last few months.

A few weeks ago we made a prediction that we would see new listings increase from week-to-week; shifting power away from sellers into the hands of buyers. We saw that happen for most of the last 2 months until last week. This was another week where new listings were down; hitting numbers that we haven’t seen since May. This could be due to the fact that sellers fear the prospect of not having anything to buy if they list their house.

It may be anecdotal and not backed up with numbers, but just within our team, we are working on close to 10 new listings that will be hitting the market int the next few days. We haven’t seen the shift shown in the numbers but if there are a lot of other sellers that are in the same scenario like the ones that we are currently dealing with, we can expect a lot more listings hitting the market into mid-August.

One of our teammates sent a text the other day, and it said: “markets slowing down”. This is the feeling we've had for the last few weeks, but this hasn’t been confirmed by the numbers we are seeing on the weekly updates. This was the week that I expected to see the # of deals be equal to the new listings; my gut keeps telling me we are continuing to see the market slow down. This last week we did see the lowest # of sales in a month, which is a sign that maybe that prediction is coming true; but when we add in the conditional/pending deals we are still about 15 transactions more than the number of new listings that hit the market this week.

It has been a chilly start to August, but hopefully, you are enjoying the home-stretch of your summer. Til' Next week! 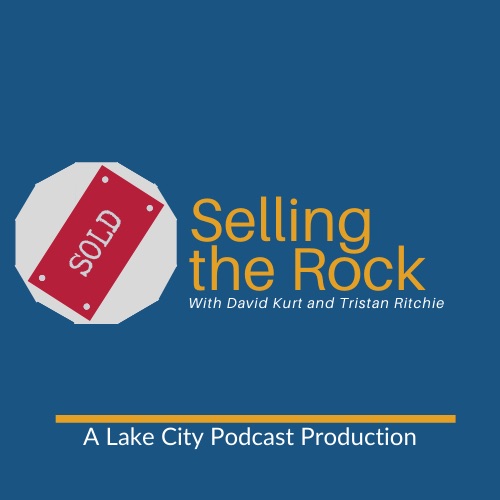 7 Affordable Homes for Sale in Sudbury with Home Offices

2021 Paint Trends and How to Create Them

We respect your inbox. We only send interesting and relevant emails.

We use cookies to enhance your browsing experience and deliver our services. By continuing to visit this site, you agree to our use of cookies. More info

This website is operated by Lake City Realty LTD/David Kurt, REALTOR®, a Salesperson who is a member of The Canadian Real Estate Association (CREA). The content on this website is owned or controlled by CREA. By accessing this website, the user agrees to be bound by these terms of use as amended from time to time, and agrees that these terms of use constitute a binding contract between the user, Lake City Realty LTD/David Kurt, REALTOR®, and CREA.

The content on this website is protected by copyright and other laws, and is intended solely for the private, non-commercial use by individuals. Any other reproduction, distribution or use of the content, in whole or in part, is specifically prohibited. Prohibited uses include commercial use, “screen scraping”, “database scraping”, and any other activity intended to collect, store, reorganize or manipulate the content of this website.

REALTOR®, REALTORS®, and the REALTOR® logo are certification marks that are owned by REALTOR® Canada Inc. and licensed exclusively to The Canadian Real Estate Association (CREA). These certification marks identify real estate professionals who are members of CREA and who must abide by CREA’s By-Laws, Rules, and the REALTOR® Code. The MLS® trademark and the MLS® logo are owned by CREA and identify the professional real estate services provided by members of CREA.

The information contained on this website is based in whole or in part on information that is provided by members of CREA, who are responsible for its accuracy. CREA reproduces and distributes this information as a service for its members, and assumes no responsibility for its completeness or accuracy.

Lake City Realty LTD/David Kurt, REALTOR® may at any time amend these Terms of Use by updating this posting. All users of this site are bound by these amendments should they wish to continue accessing the website, and should therefore periodically visit this page to review any and all such amendments.